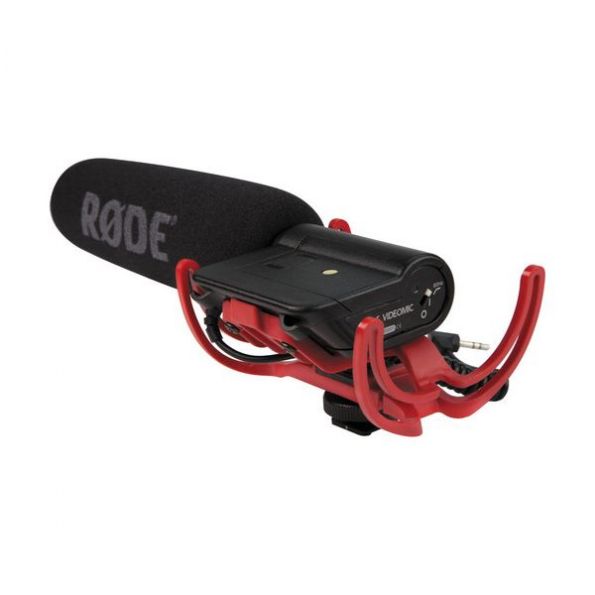 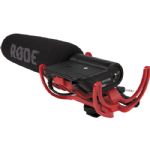 The VideoMic with Rycote Lyre Suspension System from Rode is a shotgun microphone that can easily be mounted on a DSLR camera. It features a Rycote suspension system that attaches to the camera's shoe. The VideoMic is lightweight, and when mounting on a camera it does not appear in the frame. The VideoMic can also mount to Rode's boompoles for elevated audio capture. Its super-cardioid polar pattern attenuates sounds from the sides. The result is a signal that sounds closer to the camera, even when shooting in noisy environments or at moderate distances.

The included Rycote Lyre is a non-elasticated suspension structure composed of a hard-wearing thermoplastic. It is more effective at acoustically decoupling microphones from unwanted vibrations, handling and cable-borne noise than elasticated suspensions. The lyre remains effective at a wide range of temperatures and is virtually indestructible. It will never wear out, sag, snap or require any rethreading to maintain its effectiveness.